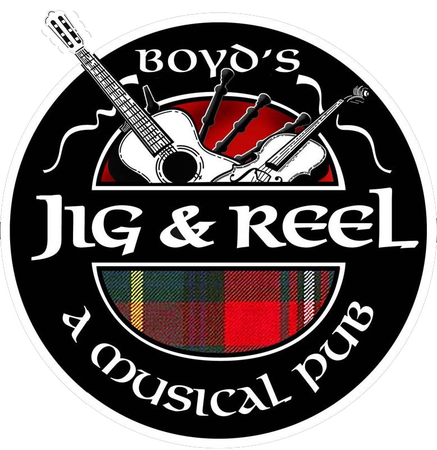 Home
About
Get There
Tickets

By Boyd's Jig and Reel (other events)

Amongst many attempts to describe The Whiskey Gentry, perhaps the best take was from Paste Magazine who called them a “toe-tapping, steamrolling kind of band, its fingers picking deep into fields of bluegrass…with a punk-inspired kick drum.”

The Whiskey Gentry’s catchy tunes reel in listeners spanning from music novices to mainstream audiences, while their musical mastery garners the professional praise and respect of those with the most sophisticated of musical palates.

Two albums in, both co-produced by John Keane (R.E.M., Uncle Tupelo), they recently gained official recognition as a finalist in the Chris Austin Songwriting Competition held at MerleFest. From local haunts to the Nashville music industry’s elite, the band’s burgeoning followers and supporters have quite literally set the stage for nationwide venues and air waves.

other events by this organization